The legacy RPG programming language has its origins in the 1960s. These applications are often characterized as “black-green” screens systems. In other words, the look-and-feel is not of this time anymore. And that makes perfect sense, because many RPG applications were build in the eighties and nineties when graphical user interface were all character based and Windows did not exist.

Besides that, RPG-applications are not suitable for mobile devices and difficult to apply in modern technologies, like PAAS, SAAS and DAAS. And that is also not a strange thing: these technologies did not exist at the time RPG emerged.

Another growing problem is that RPG developers are becoming scarce. Young developers do not learn this language at school and are not very attracted to it. They are more interested in C#, Java, Angular or React. So, the group of RPG developers is getting smaller and older on average.

Decisions to replace an RPG application are difficult, but when choices of technology become less significant, the step toward a new application gets a lot easier. The Thinkwise platform takes away the technology concern and offers several scenarios for replacing RPG applications.

During this webinar you will learn more about: 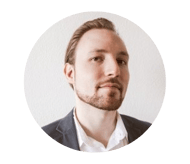